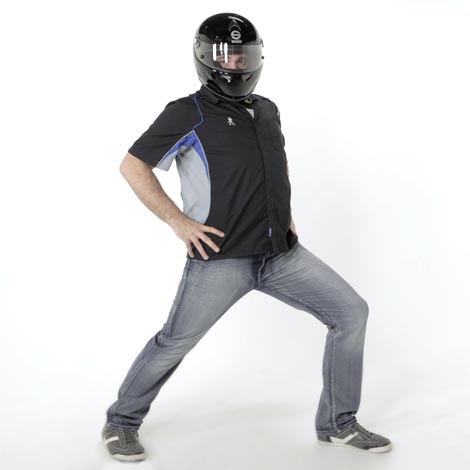 Where did you grow up?

What’s your favorite movie and why?

Aliens. I have lots of reasons. First, it is an amazing movie. Second, my sister took me to see this in the theaters and this event really helped establish our relationship. Oh and yes, I saw an “R” rated film in the theaters when I was seven.

If you were on a deserted island and you could only have one thing, what would it be?

I would like a GPS satellite phone! I’m all for a diet, but I would want to be rescued eventually!

Do you sleep with your closet doors open or closed?

Closed! That way if I wake up and the door is open I know some shit is going to go down and I want to be prepared!

What were you doing before this?

What’s the last CD you purchased?

Hmm – Katy Perry “Teenage Dream”. What, she’s hot and her music is catchy!

Have you ever lied about your age?

Of course. As a young man, you’ll do almost anything to seem older!

Definitely cheeseburgers. Don’t get me wrong, I can eat sushi but I love dead cow!